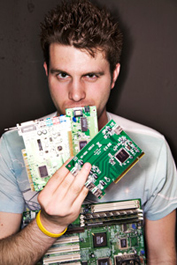 It would appear that Daniel K. Hollister hasn't picked out any favorite films quite yet.

Daniel spent way too many hours building this website, and it still doesn’t work very well. He has nothing more to say about himself at this time.