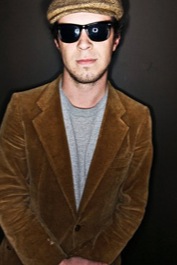 Michael E. Peter doesn’t ask permission to be a filmmaker. He spends his days working in the broom closet of the Hollywood industry and his nights plotting revolution with the next generation of storytellers. A late-bloomer in the world of 5-second cinema, Michael cut his teeth on a 5,383 second film, Chronicles of a Love Unfound. For more information on that project and Michael’s stubbornly idealistic view on cinema, go to straydogproductions.net.